Words You Can Do Without

For lean, clean, spare prose, ditch the words you can do without.

Most fiction writers use the past simple tense to tell their stories: He rang the doorbell … she answered the door … they had a drink… But writers sometimes describe events from an earlier period, using the past historic tense with had to mark a previous timeframe. If your character is remembering events from their past, you might write: He recalled that historic night when he had first visited her flat … he had rung the doorbell … he had waited anxiously … she had answered the door…
The trouble is, all the hads make for clunky writing. You might continue: When she had opened the door, she had been wearing … He recalled that they had had a drink together… So your prose can get choked up with clumsy structures like had been wearing and had had. 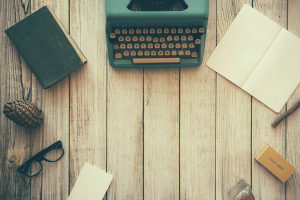 The solution? Drop the hads! Just use one or two to mark the previous timeframe, and then go back to the past simple tense. Your reader will know you’re describing a time before the main story, because of that first had: He recalled when he had first visited her flat … he rang the doorbell … he waited anxiously… and so on. The reader will follow your drift, knowing you’re talking about an earlier period because you’re describing the character’s memories. Your prose may not be grammatically flawless, but it’ll flow more smoothly: it won’t be clunky or clumsy. For the reader it will be more like paddling in a stream, less like wading through treacle.

(2) That
The word that often functions as a conjunction to introduce a noun clause: He said that he was a writer. But you can often convey your meaning without it – He said he was a writer – and in spoken English it’s normally left out. Likewise, you can excise it from your writing: as with had, it can make your prose cluttered and constipated. For free-flowing language, leave out that, as well as had, wherever you can. Just use that where it’s essential. For example, in the section above you don’t have to say Your reader will know that you’re talking about a previous period. Ditch that, so the sentence reads: Your reader will know you’re talking about a previous time period. However, you do need that in the sentence He recalled that they had a drink together.

Intuition: How do you know when that is essential, and when you can delete it? Use your intuition as a writer. Does the sentence look right without that? Or does it feel odd without? This reminds you to keep re-reading and rewriting your work. The best solution is to get your text edited by Betterwrite. We’re trained to know about these things!

And we’ll do a macro-level development edit for you, as well as a micro-level copy-edit.