We’re introducing you to people who are part of the Betterwrite world. Welcome to MANDA MELLETT, the author of Stolen Lives (Blood Brothers #1) 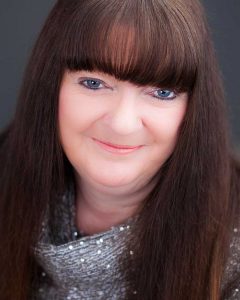 Manda, tell us about your work as a writer.
I’m lucky enough to be able to write full-time. Over the past 18 months I’ve published ten full-length novels and am currently in the process of editing the eleventh. I’m writing two series, one about sheikhs and their bodyguards, and one about an outlaw motorcycle club based in the US. I use UK English for one series and US English for the other. My great team of beta readers keep me from using UK English words – when I started I didn’t know that Americans don’t understand the word ‘fortnight’.

What’s your connection with Betterwrite?
Betterwrite edited my first book, Stolen Lives. I’d already had a non-fiction book published, and decided to try my hand at fiction. Having written reports for years during my working career, I reckoned I was a fairly good writer, but the feedback from Betterwrite taught me that many conventions I’d been using all my life were wrong, for example using full verb forms in speech like I have done it. In real life, people use contractions and say I’ve done it. I’m still using (and building on) the knowledge Betterwrite gave me. Having my book edited by Betterwrite has certainly helped me become a better writer.

What are you working on now?
I’m currently waiting for the edited copy of Peg’s Stand (Satan’s Devils MC #6) to come back from the editor, and in the meantime I’ve started on the first draft of the next book in the Blood Brothers series. This work is currently untitled. I currently publish a book every two months and I’m lucky enough to have a cover designer, formatter and editor who work to my timescales. For an indie author, having professional help is essential to produce a polished, finished product that people want to spend their money on.
Of course, a lot of time is also spent interacting on social media and promoting my books – getting into the market is the hardest thing for an indie author. I have a great PA who helps me keep my name out there.
As well as my beta readers I have an ARC (advanced review copy) team who have early sight of the book and get their (honest) reviews published early to help sales.
An indie author’s life is not just writing, although sometimes I wish it was!

What do you like and dislike about your job?
There’s not much I dislike about writing full-time, but I do find writing the first draft is the hardest part. I’m not a planner, I go with the flow and just let the characters in my head lead the story. Sometimes the words don’t come easily, but I force myself to sit chucking words at the screen, hoping some fall in the right order. Surprisingly often, the scenes I’ve dragged out of my head turn out to be the best in the book. 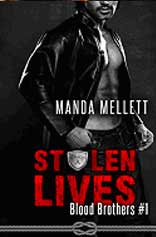 Whose writing do you enjoy?
This is a difficult question for me as I’m an avid reader, fully believing that exposing yourself to other authors allows you to expand your vocabulary, and can spark ideas unrelated to what you’re reading. It’s hard to pick one author as there are so many, but I would have to say my current favourite is MariaLisa DeMora.

Favourite title?
Another difficult one. But her latest book, Alace Sweets, is a departure from her norm and an excellent read.

What do you like about this author’s writing?
Her style, and the way her words flow.

What’s your favourite word in English?
Juxtaposition. No idea why, and I don’t believe I’ve used it in a book yet. But talking about favourite words, I do fall into the trap of overusing one word in each of my novels – and it’s not the same one each time. For example, my editor pointed out that in one book I have everyone realising something, and in another, they kept getting everything sorted. The overuse of particular words is something I try to watch out for in my first edits. And I’ve found I’m not alone in this, it’s a common mistake among authors.

Favourite quote?
I’m going to cheat here and use one from my last book, Heart Broken (Satan’s Devils #5):
“Like a clock that’s stopped working, hands frozen in time, I can’t move past this, can’t acknowledge I’m never going to see her again or smell the sweet perfume that was all hers.”

Favourite saying?
The dog’s bollocks. Americans can’t believe we use this term.

Apart from your work, what plans or ambitions have you got?
My life goal is to write as many books as possible, and to become the best writer I can be.

What have you learned about life?
I’ve just turned sixty, though it doesn’t seem possible. I’ve had a long working career, met an amazing range of people and dealt with all manner of situations. I had a strange childhood, lost my parents by the time I turned twenty-two, and during that time went through something that would be unbelievable were I to try to write about it. I’ve had good and bad relationships, I’ve had a child, and have now been married for almost thirty years to an incredible and supportive man. I draw on the lessons I’ve learned through life and my many experiences when I’m writing my books. For example, Heart Broken takes the reader on a journey through grief, something I’ve experienced myself.

What have you learned about people?
They’re demanding, LOL. I’ve got a number of fans who keep clamouring for the next book, and coming up with suggestions on who I should write about next. It does put pressure on me to keep writing. I’ve learned how supportive people can be, and how helpful. Complete strangers will help when you ask. Again, examples: I learned how to crash a helicopter from a pilot instructor, for Peg’s Stand. The Tucson Fire Department was a great help in teaching me how to fight a wildland fire. Another example: while discussing what was feasible with a fellow author, she mentioned something which gave me the idea that made Heart Broken possible.
Then there are people who like to bring you down, like those readers who only ever give one-star reviews, whatever the book or author. And especially those who get the first book in the series free, and then give a bad review because the author expects them to pay for the rest. Yes, those people do exist.
My richest experience was managing a team of thirty people, most of whom were from ethnic minorities, and some with alternative lifestyles. It was an incredible opportunity to widen my experience and knowledge.

Tell us something quirky about yourself.
I have two Irish Setters who rule the house. I can’t sit down without one, or both, trying to sit on my lap. When I’m walking them I’m working through plots in my head. I take them to dog shows, and they’ve both been exhibited at Crufts.

What’s the most difficult thing about being an author?
I think it’s essential that authors have characters who speak to them in their head. I know mine so well I know how they’ll react in any given situation, and I often hear them having conversations. The difficult part is making some shut up so you can get on with writing someone else’s story. It’s easy to become distracted, so there’s discipline involved in writing, keeping focused on what you’re doing. There’s no point having half a dozen unfinished manuscripts.
As noted above, being an indie author (or any published author) means a large chunk of time has to be spent on self-promotion.

A short story no longer than 120 words? Hard for an author who normally writes novels of 120,000 words or more! But here’s my effort. Mouse, a part-native American, will be having his own story in Mouse Trapped later in 2018, but he’s already talking to me…

Mouse backed his bike up to the kerb and kicked down the stand, relishing the refreshing scent of pine in the air. Starting up the hiking trail, he heard a piercing scream. Quickening his pace, he came to an abrupt halt when he saw a woman facing off a bear, her coat held open and her arms up high.

What the hell? He knew he had to act fast.

He came up behind the woman, taking her hands in his and lowering them. “You face off a lion, make yourself look less threatening to a bear,” he explained quietly.

He encouraged her to back away. Slowly and calmly, she did so. The bear watched them curiously as they moved away. (120)